Back to All Deals 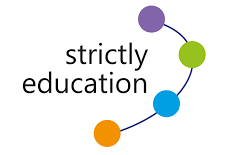 Strictly Education, a Milton Keynes-based provider of outsourced payroll, HR, IT, property and other services to state schools in England, has been sold by its listed parent in a multimillion-pound deal.

Bond International Software has completed the sale of its wholly owned subsidiary, which also has offices in London and Barnsley, South Yorkshire, for a total sum of £11.3m.

The business was acquired by Education Services Solutions Ltd, a newly formed company.

Bond International Software announced in February that it was in active negotiations to sell one or more of the company’s divisions. The decision was made following a strategic review of the group.

The AIM-listed group said it plans to continue pursuing its strategy of selling one or more of its operating divisions to maximise value for shareholders.

The net proceeds of the sale of Strictly Education will be used initially to repay the group’s bank debt of £5.9m and the surplus will be returned to shareholders in due course.

Chief executive Steve Russell said: “Following the conclusion of the strategic review, I am pleased that we have been able to conclude the first of our disposals designed to maximise shareholder value.”

New Logo 1Logo black on clear125h on the sale to Advanced_Logo

Wise Robotics on the sale to Forterro_logo_color

Other deals that may interest you

On the private equity investment from

Loading
We use cookies to ensure that we give you the best experience on our website. If you continue to use this site we will assume that you are happy with it.Ok